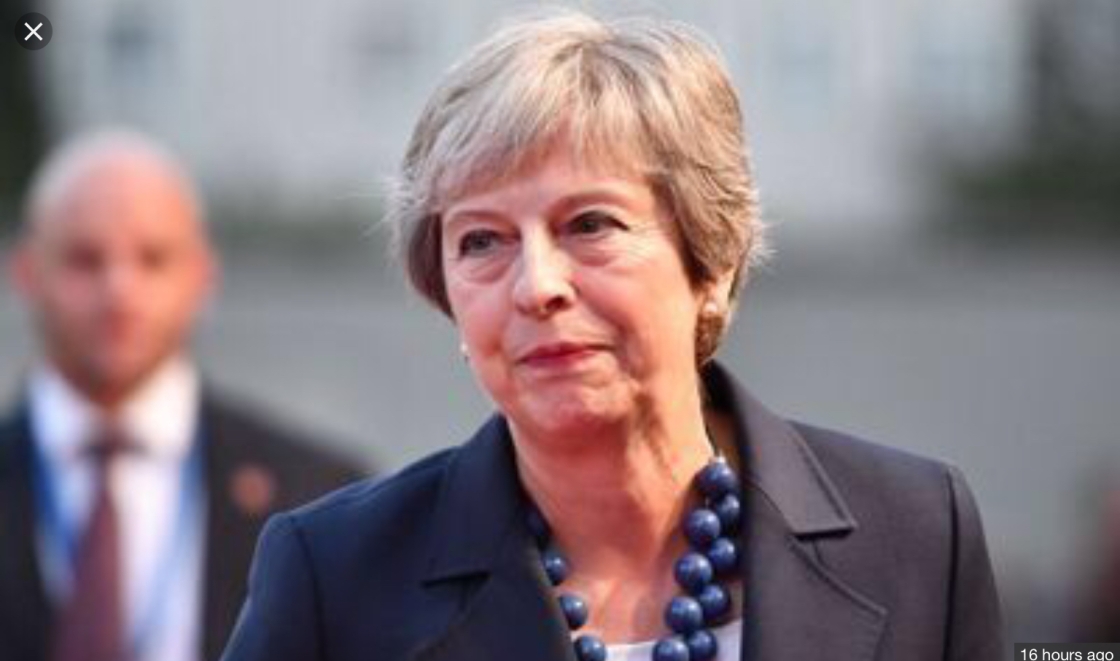 People often wonder at Mrs. May’s determination to plough on regardless of the consequences when any rational analysis indicates a change of course ,or even , as is the case with the net migration target , a fundamental reappraisal.

So what is the answer to this puzzle ? Why does Mrs. May plough on regardless?

This is obviously a pressing question in relation to Brexit . Although not prominent during the campaign she backed Remain . Apart from any other consideration as a former Home Secretary she would have been abundantly aware of the critical interdependencies around security and the utility of instruments like the European Arrest Warrant .

Security issues also provide a clear illustration of how when our national interests are threatened ( eg Skirpal poisoning) we make common cause and align our strategy with those whose interests coincide with our own , notably the European Union .

So the question posed today , very reasonably , in the light of the various messages coming out of Salzburg, is what was the body of evidence that led Mrs May to form the conclusion that the nation’s best interests were served by leaving the EU , particularly in the hard form she set out at Mansion House and subsequently?

Of course there isn’t any such thing .

However I doubt she ever asked herself that fundamental question .

I could write at length about Mrs May’s strategic failings and the folly of designing policy around sounds bites and contradictory red lines with no greater horizon than the Tory Conference next week or whatever short term goal occupied her attention.

But that doesn’t answer the question as to why set herself this target and ploughs on regardless.

The best answer I have found comes from a quote which I think I stumbled over in a piece by Isabel Hardman about Mrs May and the ludicrously unachievable net migration target .

Ministers from the time say they noticed Cameron growing rather awkward when dragged into standoffs between the Home Office and other departments over the target. “May would say to him, ‘Well, you’ve given me this target to meet so why are all these ministers getting in the way’,” says one cabinet minister. “That’s what she’s like, what she’s always been like, if you give her something to do, she’ll keep at it even when it seems impossible.

That is Mrs May . Ploughs on regardless.

Someone or something needs to step in to  save us or we are going over the Brexit cliff through the passage of time and the operation of law .