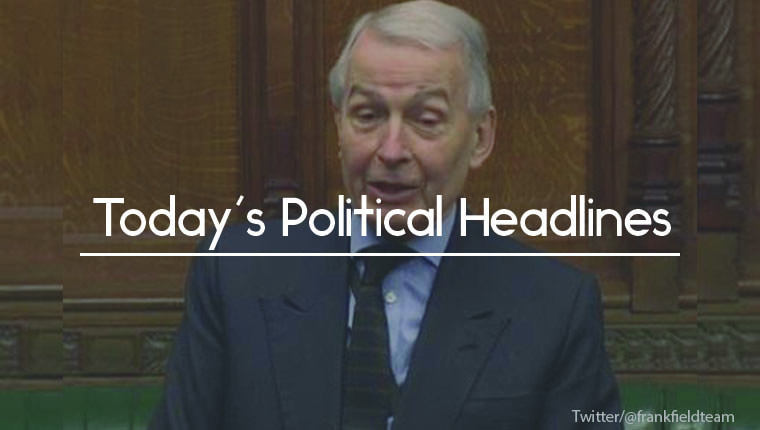 Frank Field is certainly a hard case . Ruggedly individualistic and determined would be the charitable description -and one which would mask a host of less flattering features.

Field has placed himself quite deliberately at the centre of a storm. His high profile resignation placed a dynamite charge of antisemitism under Jeremy Corbyn’s leadership .

Field is also one of the handful of Brexit supporting MP’s who voted against the whip thus saving Mrs May an embarrassing Commons defeat.An act which has mobilised some members of his CLP against him.

His resignation could be regarded as a clinically calibrated move . He has trumped the indignation of his constituents at his pro Brexit stance by invoking the wave of outrage around Anti Semitism within the Labour Party.

The Labour Party machine will almost certainly make Field’s case for him .

The Company He Keeps

So in one move he has shifted himself from the Kate Hoey lunatic fringe ( of course Field has been endorsed by Farage , Hoey’s fellow traveller ) to a right minded opponent of AntiSemitism being victimised by a Party Machine in thrall to the Corbynistas .

Field earned himself , like Duncan Smith after him , a reputation as an architect of Welfare Reform. Also like Duncan Smith given the opportunity in Government to translate his ideas into effective policy he failed .

In addition memoirs of that period portray him as someone who could not form effective working relationships although he succeeded in exporting much of the blame on to Harriet Harman.

Benign Effect of Passage of Time

In fact largely his reputation simply relies on the passage of time and the veneration that comes with it .

Contrarian or intransigent views become over time confused with principle.

That is where the ‘bad law’ part of the axiom comes in .

The ‘bad law’ risk is that while he might be on what many may regard as the right side of the argument in relation to the Labour Party’s failure so far to resolutely and effectively deal with concerns about Anti Semitism that does not turn him into someone who should enjoy unalloyed adulation and respect.

He might be right in one respect but he is wrong in many others .

Field is in every sense a hard case .