It has long been held that the normal laws of political gravity do not apply to Boris Johnson.

No matter how egregious the misconduct,  how outrageous the disloyalty ,he remains the Teflon-coated Foreign Secretary.

Following the furore over his disappearance to Kabul to avoid the Heathrow vote a curious pattern is now emerging . If he says it private it’s probably true . In public and it is probably a lie  . 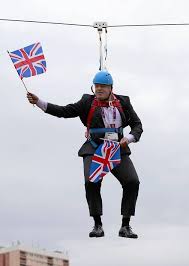 The picture taken at the time of the London Olympics with the then Mayor of London trapped on a zip wire symbolises this teflon quality. For many politicians such an episode would have totally punctured their image as a serious politician.

In Boris Johnson’s case mishaps, misdeeds and misconduct already seem to be factored into the equation. You see a shrug of the shoulders of a despairing colleague, accompanied by a wan smile and the comment “that’s Boris”.

Boris Johnson is also famously, in the eyes of many notoriously, associated with the big red bus lie so winningly crafted by the architect of Vote Leave Dominic Cummings.

Johnson in pursuit of his career ambitions has gone well beyond the medium of expressing his views “through friends”. The methods employed have become increasingly brazen  and denials are now barely bothered with.

In fact a bizarre pattern is now emerging. If it has been said in private it’s probably true . The “Fuck Business” comment is not being denied incredible though it is that a Conservative Foreign Secretary could even have dared  to think such a thing let alone say it. 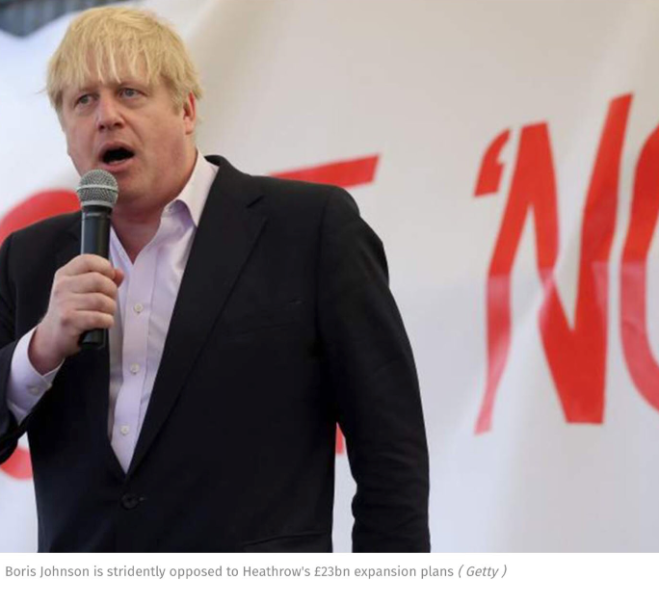 The great thing about Boris Johnson is we all know exactly what he stands for: himself.

It turns out that his commitment to lie in front of the bulldozers to prevent the extension of Heathrow airport was more limited than his supporters realised. It was simply a commitment to lie.

So  a  pattern has become clear. When Boris Johnson speaks in public it’s probably a lie, but in private it may well be the truth particularly if it’s damaging to someone else and advances his own interests.